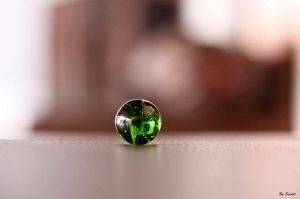 On a Tuesday night I spend time at ECS’s ACCORD program as part of my summer field placement at the School for Ministry.  ACCORD provides court mandated programs that aim to reduce the incidence and prevalence of driving under the influence (DUI) and the negative impact of this behavior on our families, residents and community.  I have had the privilege of sitting in on a number of group sessions and hopefully providing another input to the group to support the groups facilitator.

In some of the groups that I have sat in on the facilitator uses the gift of a marble as a right of passage for program members at their last session.  After dealing with the administration of the day the person who is attending their last session is invited to tell their DUI story to the rest of the group.   This serves as a reminder to the rest of the group of the wide variety of situations that lead to DUIs and gives the graduating member a chance to reflect on their journey and what they have learnt over their time in the program.  After this the member is invited to pick a marble from a large jar of marbles that the group facilitator has.  The chosen marble is then passed around to each of the other group members who each in turn are invited to say a word of encouragement to the graduating member.  After everyone has held the marble and passed on their message, the graduating member is able to say a few words and then gets to keep the marble as a reminder of their time in the program.

A marble may be a good reminder of support and lessons learnt for graduates of the DUI program.  As Christians we have something even stronger to hold onto – Jesus.  If if you are like me there are times that I sometimes forget to turn to Jesus when times get tough.  When my day is going bad I can find myself moaning. when I feel weak I sometimes give in to temptation.  If only I remembered always to turn to Jesus.  He is my rock, he is always with me and he  is my savior.

Sometimes in the complexity of life, or the intensity of seminary it is easy to loose sight of the basics.

Jesus is my rock and my savior.

He is the marble that keeps me strong in my faith.

Pure and simple as that!

Mike Angell is a priest and community organizer. He is a preacher, writer, dad, and a sometimes frisbee and ukulele player. He likes to hike, ski, listen, and laugh.